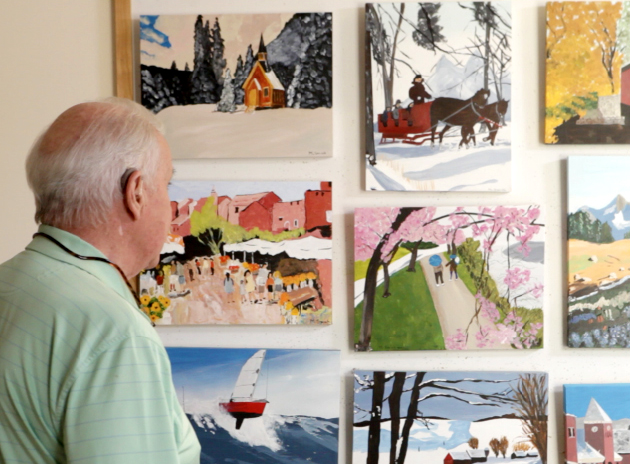 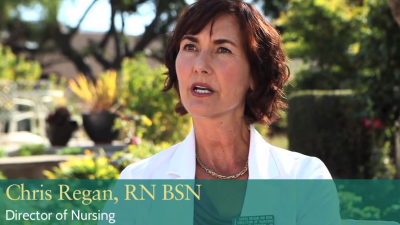 Looking to the future, while celebrating the past

As a progressive life plan community, Carmel Valley Manor is planning for the future. While we honor the past, we believe there is always opportunity to enhance facilities, programs and services. The campus of the future will find ways to utilize common areas and amenities, while providing a broad range of living options and continuing to enhance the health and wellness of our residents. We embrace the vitality and diversity of our community, its beautiful surroundings and excellent quality of care – future plans will further enhance this quality of life.

It started with a dream and determination 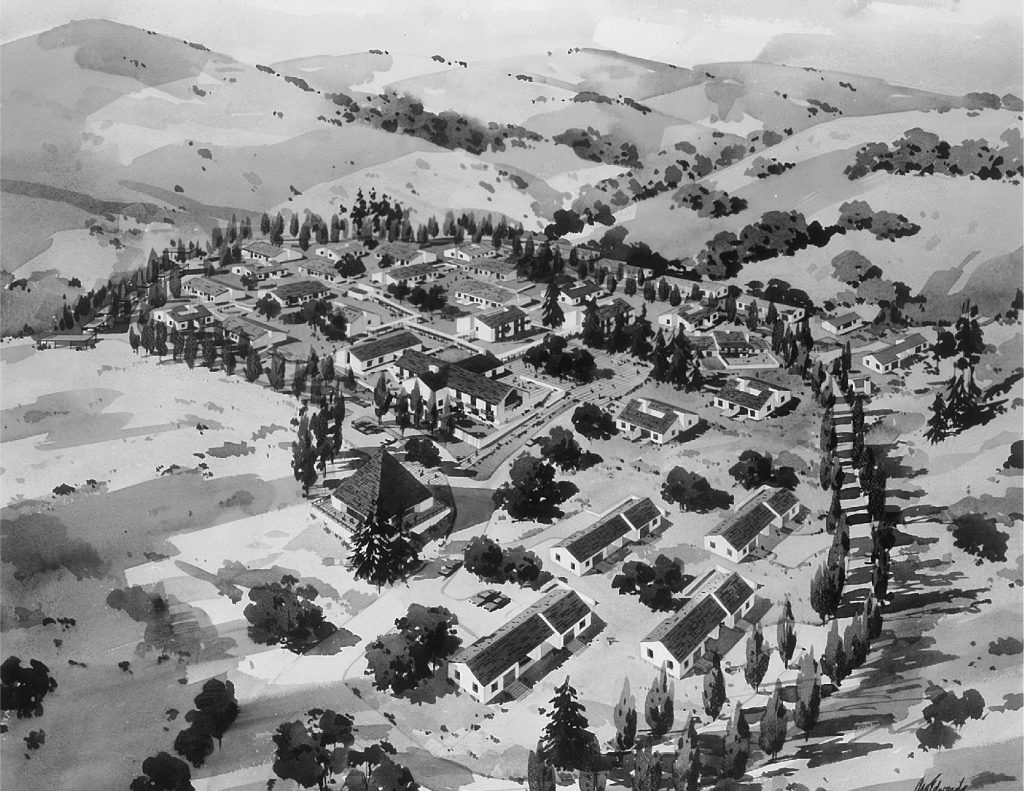 1950
The Northern California Congregational churches petitioned their national denomination “to give serious attention to the duty which Congregational Churches have toward elderly people.”

1959
In search of a location for the community, the Board visits Hollow Hills Farm and is captivated by the spell of trees, the lift of the land, and the mood of serenity, which wrapped buildings, barns, livestock, and gardens in a magic way. Purchase of the land is finalized in 1960 and, later, The Chapel is named Hollow Hills Chapel in honor of the original title of the property. 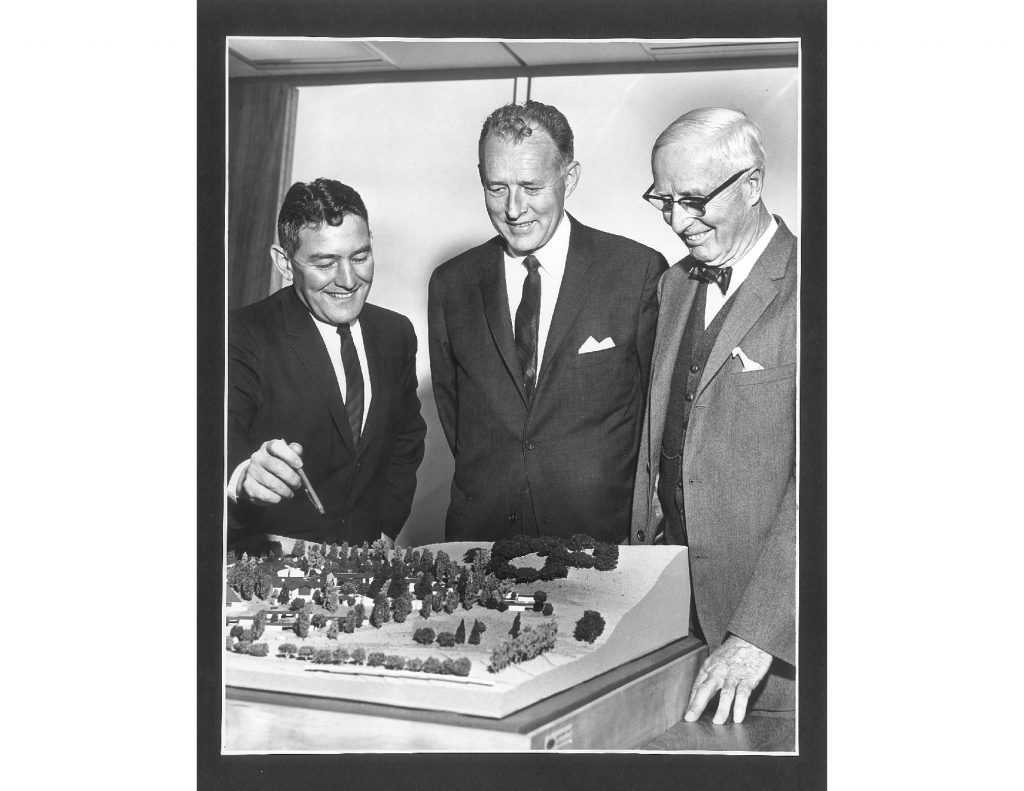 1960
Dr. and Mrs. Pratt moved into the original adobe cottage on the property known as “The Guest House” and lived there for 3 years. The conference board authorized the formation of a California non-profit corporation called Northern California Congregational Retirement Homes, Inc. to construct, own, administer and operate a home for the aged. The corporation board voted to employ the award winning architectural firm of Skidmore, Owings & Merrill of San Francisco. Plans were made public and the Monterey Peninsula Herald carried a story on them for Carmel Valley Manor on which the planning commission would take action on June 28th. 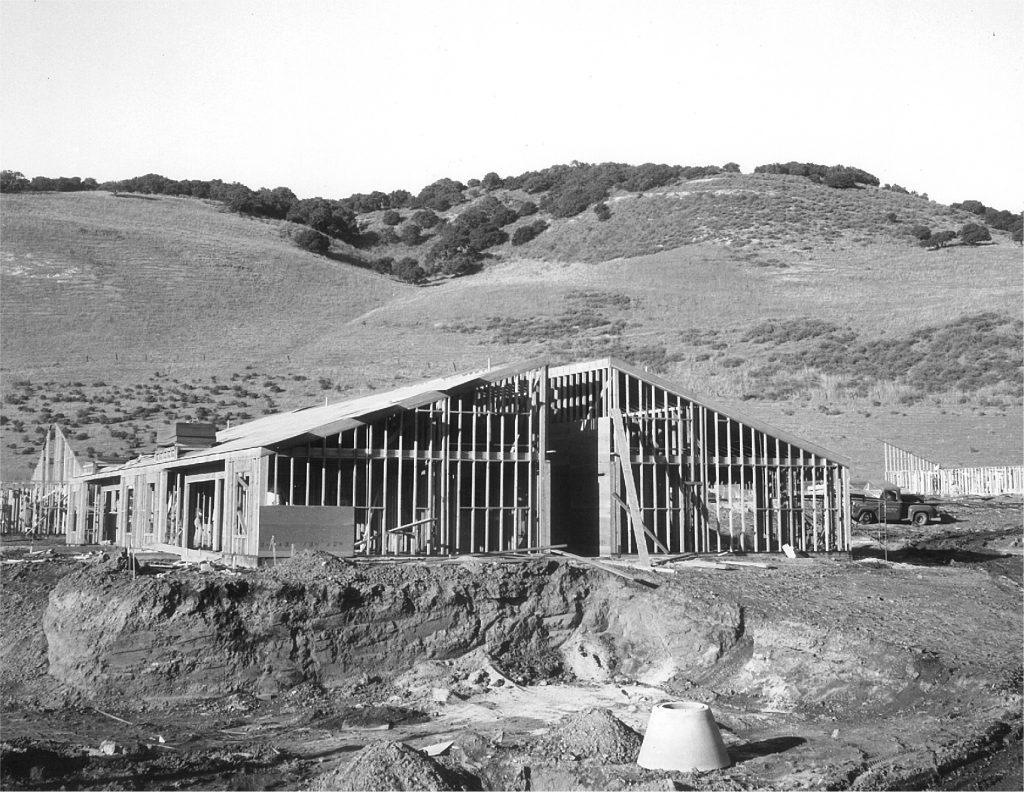 1962
Construction of Carmel Valley Manor began, which involved a “Celebration of the start of construction.”

1963
Opening day of Carmel Valley Manor arrived and Dr. and Mrs. Pratt moved to their home in the Valley to make more room for new residents. 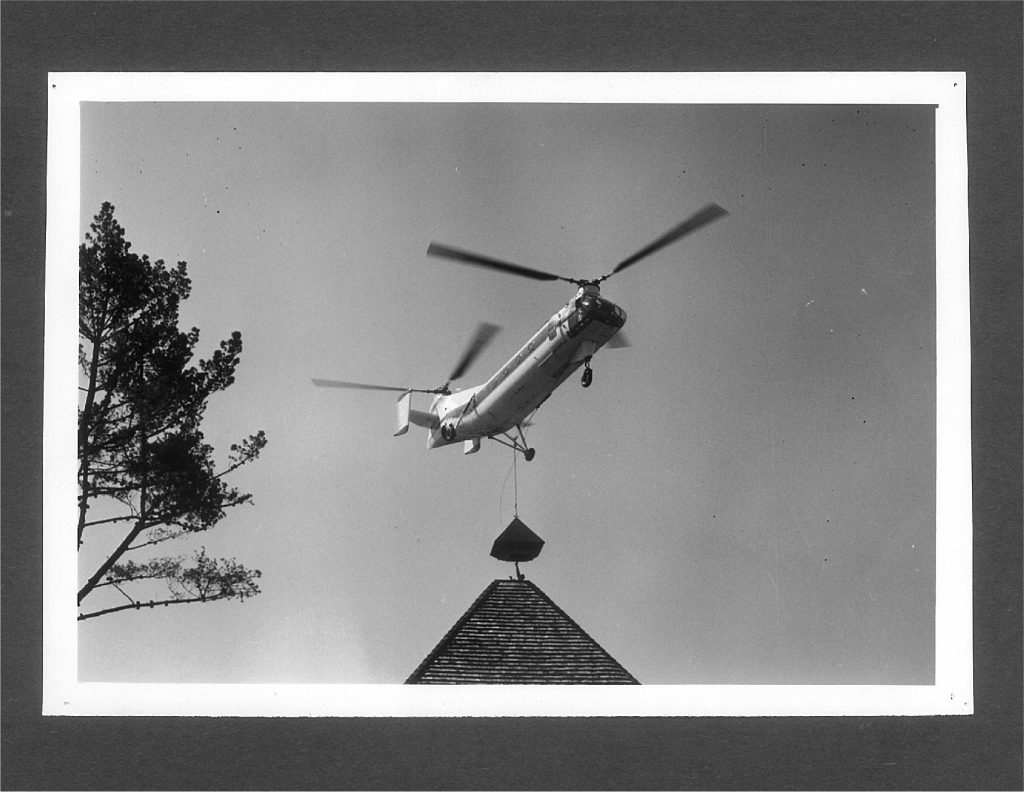 1970
The Meeting House was dedicated to the Memory of William David Pratt. 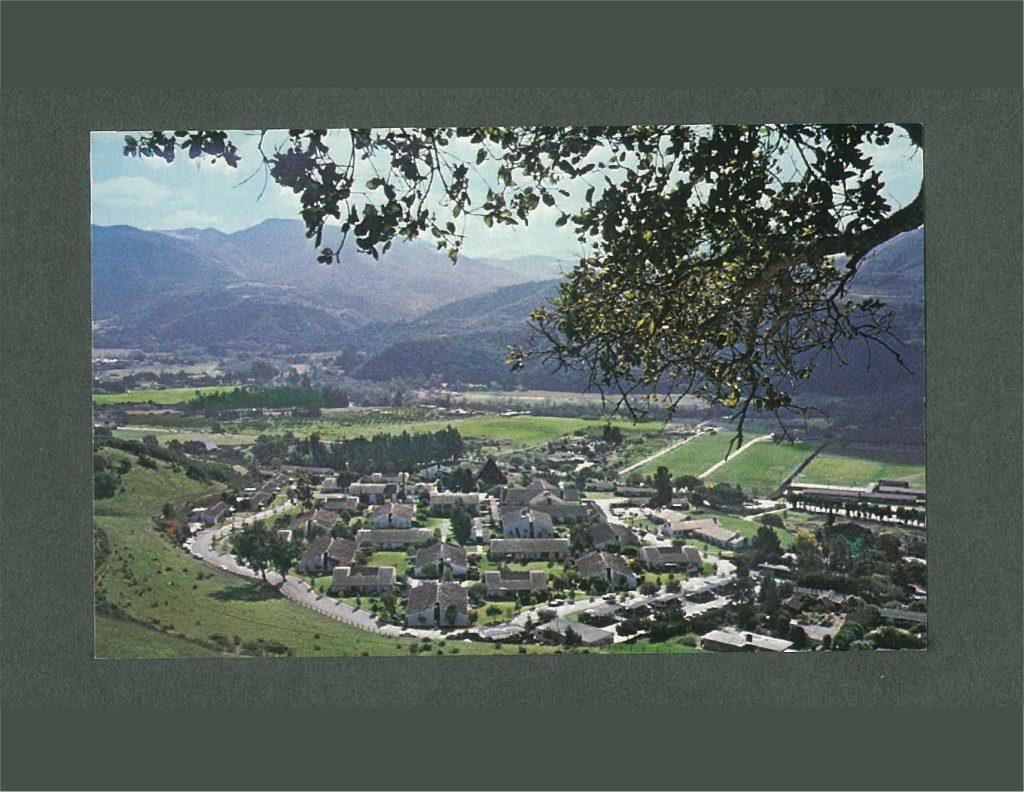 1973
The tenth Anniversary of Carmel Valley Manor was celebrated with residents, Board Members and with Bill Williams as Master of Ceremonies.

1974
Preliminary planning for an additional Medical Center extension was initiated and a fund-raising drive for $115,000 was started by a “Can Do” committee of twenty, chaired by Dick Pershing.

The Board of Directors had donated nearly 3 acres of land, purchased in connection with the building of Hillcrest House, to the County, for the purpose of building a fire station for Mid-Valley fire protection. 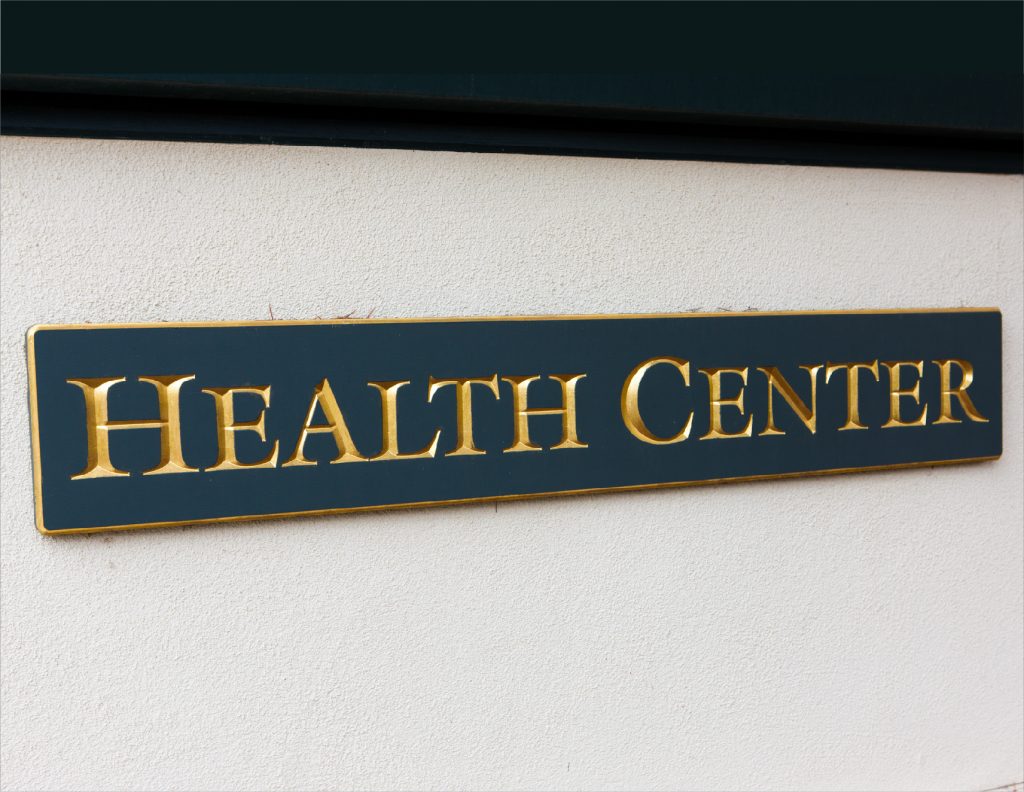 A ground-breaking ceremony was held to signify the beginning of the Health Center Project.

A state-of-the-art fitness center opened and was located adjacent to the swimming pool.

The Carmel Pine Cone’s survey resulted in awarding to the Manor its accolade of “Best Retirement Community” on the Monterey Peninsula. 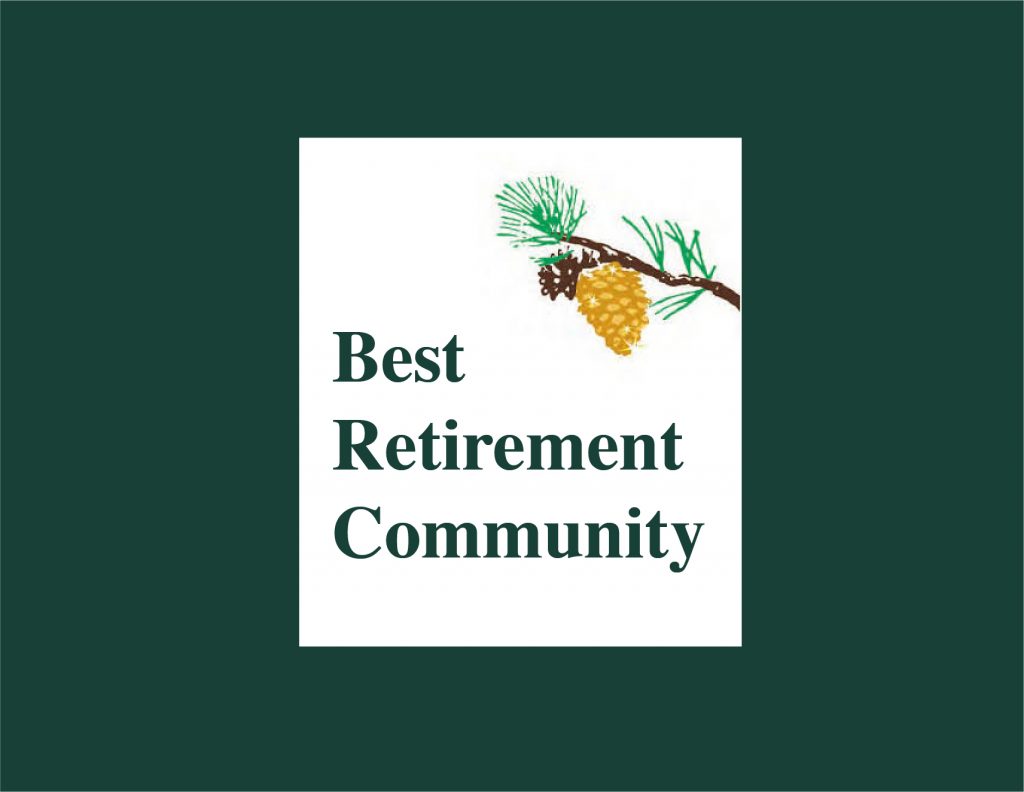 The extension of the main dining room, a pleasant addition with a stepped ceiling, skylights and acoustic barriers became the casual dining room, where in the evenings, ties and coats were no longer required.

Carmel Valley Manor celebrated its 50th Anniversary and launched a new website with videos and a mobile friendly design.

The Manor is again awarded “Best Retirement Community” on the Monterey Peninsula by The Carmel Pine Cone. 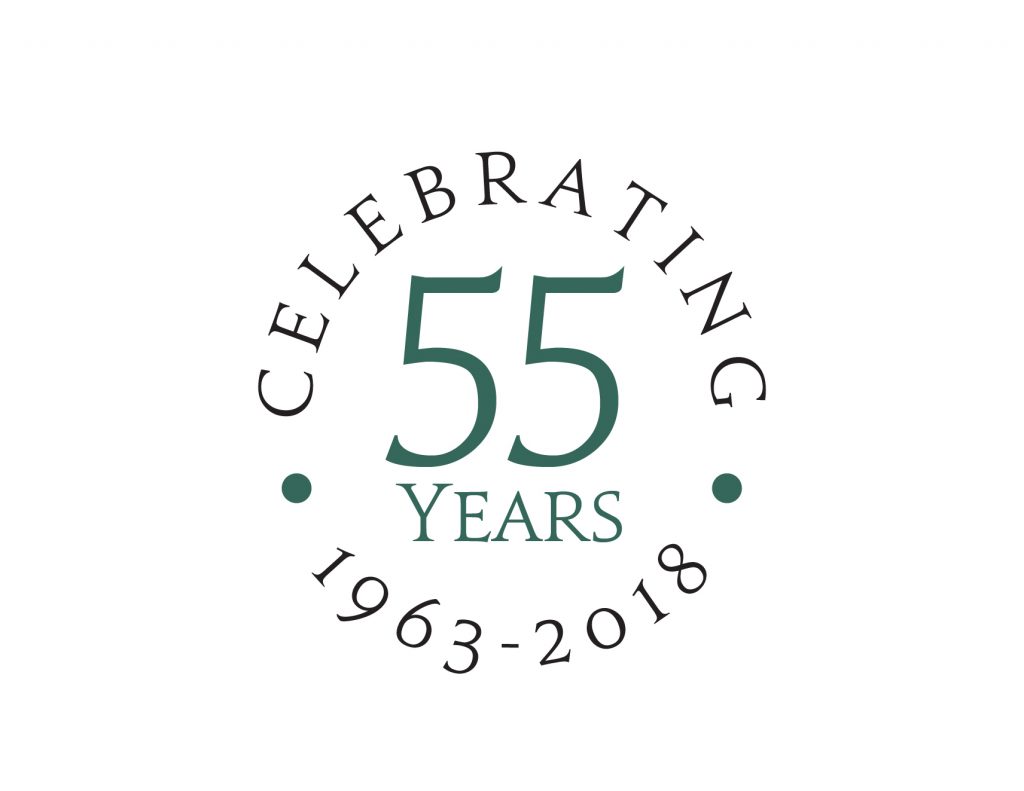 “Best Retirement Community” on the Monterey Peninsula was bestowed upon Carmel Valley Manor by The Carmel Pine Cone for a third time.

Carmel Valley Manor is located in beautiful Carmel, where the weather is temperate and the sun shines on average 300 days of the year. It is one of the most sought-after places to visit in California because of the natural scenery and it is known for its artistic community. We have exceptional facilities and amenities and offer a Life Care contract, which will cover your healthcare needs with three levels of care.

What is the benefit of early entry?

You’ll have the sense of freedom and leisure time to spend doing what you enjoy rather than what you have to do. If you enter before 76, you’ll enjoy a reduced entrance fee.

What is Life Care planning?

We help identify present and future care needs. It is a financial model that helps manage your financial status and protects resources, so you do not require long-term health care insurance. At Carmel Valley Manor, we help you get the care you need while preserving resources. There are no additional fees for a higher level of care.

How is a Life Care Community regulated?

We are licensed by the state of California, accredited by CARF (Commission on Accreditation of Rehabilitation Facilities). We are also members of Leading Age. See http://cvmanor.com/affiliations.php

What amenities are available at Carmel Valley Manor?

Think of it as resort style living supported by healthcare and wellness. You will have use of all community facilities including the dining room, fitness center, library, computer center, swimming pool and spa, games and recreation areas and art studios.

Are you pet friendly?

The answer is yes! Please contact us if you are planning on having your pet join our community.

What is in your control?

Residents can customize, redecorate, renovate where they live. We highly encourage individuality and welcome it. You have the freedom to come and go as you please. We have an open-door policy and we are non-intrusive. 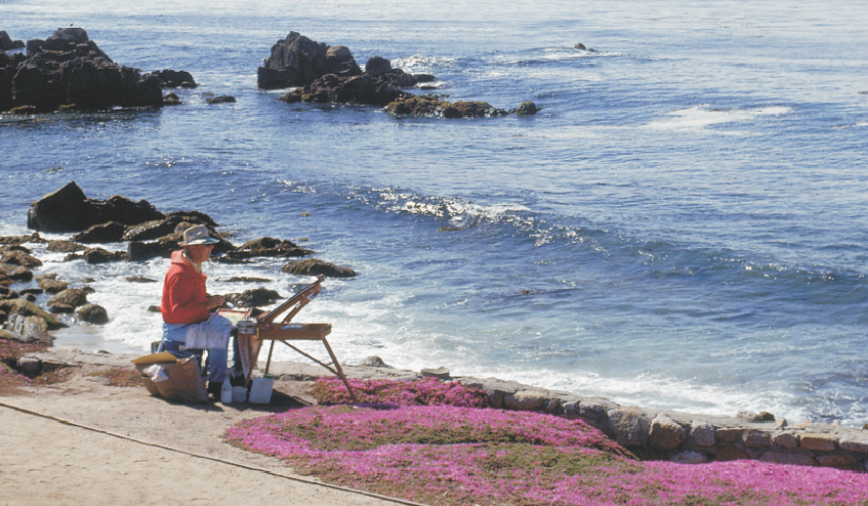 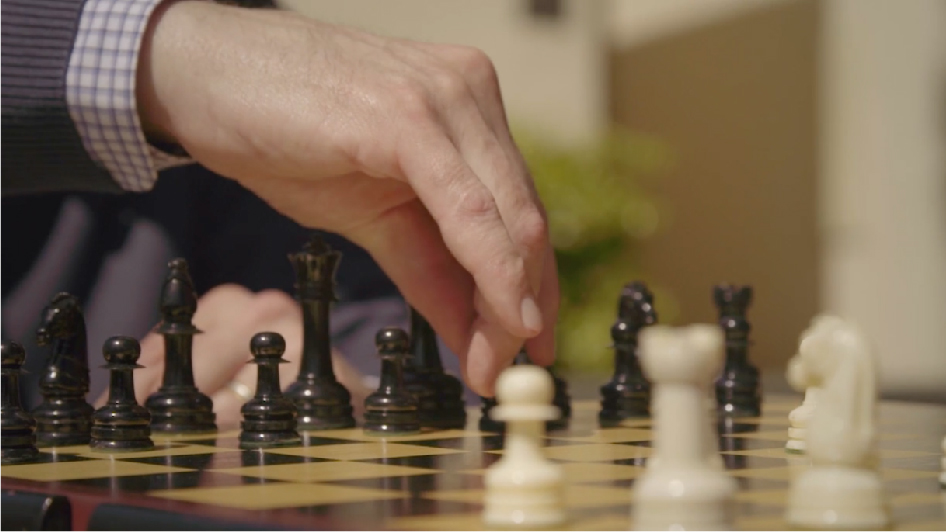 We’d like to share more news and information about Carmel Valley Manor with you. Our community newsletter, Accents, publishes every two weeks, and includes articles written by our residents, events, and other happenings at The Manor. Take a look.

For Us, the Right Way is the Only Way

The Carmel Valley Manor mission is to balance active and vibrant independent living with the security of a Life Plan Community by maintaining an adaptable and flexible organization that addresses the needs and interests of current and future residents through its facilities and services.

We are progressive and continually strive to be a leader in our industry by keeping abreast of and responding to changes in the Life Plan industry and deliver services in a manner consistent with the highest standards of our field. We value the balance between financial sustainability of the organization and the needs and interests of our community.

Residents are fully engaged in self-governance and program planning with regard to their intellectual, cultural, educational and spiritual activities. Employees are fully engaged in creating a residential environment and business organization that meets the needs of our residents and that they can take pride in.

We respect the confidence shown by Manor residents and employees and demonstrate this respect by striving to enhance the living and working environment of the Manor.

We support transparency in our financial and administrative operations and decision making processes.

We live our values in our relationships with residents, their families and staff.

We are sensitive to and supportive of the concerns and needs of others.

We believe wellness is not merely an absence of illness, but a multi-dimensional and holistic approach to life based on individual responsibility. The Manor’s wellness philosophy includes the dimensions of social, emotional, spiritual, environmental, intellectual and physical wellness.

Our organization is a caring community partner that believes in the value of being part of a larger community and partners with others to improve the quality of life in our region. 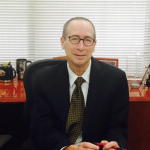 Prior to arriving at Carmel Valley Manor, Jay was the President and CEOof The Reutlinger Community, a CCRC in Danville, CA.  He has also served in Executive Director roles for Sequoias Living in Portola Valley, CA and Meadow Lakes in Princeton, NJ – both Life Plan (CCRC) communities.

Jay holds Master Degrees in Business (MBA) from The Zicklin School of Business, City College of NY and Psychology (MA) from The New School.

He has worked in the healthcare and senior living industries for most of his 30+ years, leading large hospital systems and senior living communities.  In 2009, Jay was named Professional of the Year by Leading Age NJ.

Jay has served on numerous Boards including The United Way, The Federation of Atlantic and Cape May Counties, Southshore Foundation and the AtlantiCare Health System

Jay and his wife Rochelle Blank have 3 children, 7 grandchildren and a King Charles Spaniel, Charlotte (Charlee). 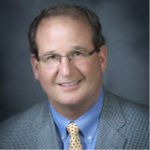 R. B. “Trey” Busch III has served on the Carmel Valley Manor Board of Directors since 1997. He has been Board Chair since 2015. Prior to taking over from Board President Roger D. Bolgard, he was Vice Chair.

Trey has served on numerous Boards for both profit and non-profit organizations. A longtime resident of Monterey County, he has over 29 years experience in all facets of insurance, and currently serves as Senior Executive Vice President and Senior Managing Director of CSG at Alliant Insurance Services. Over the past 19 years, Trey has developed an expertise in the food service business and related operations, which include growers, packer-shippers, food processing and cooling operations. Prior to joining Alliant Mr. Busch was Chief Operating Officer of Aon Risk Solutions of Central California. Trey was President and CEO of Central California Financial, an insurance brokerage operation located in Monterey, California, before it merged with Aon in 1993. Trey holds a Bachelor of Arts Degree from Miami University and currently serves on the University’s Athletic Council. 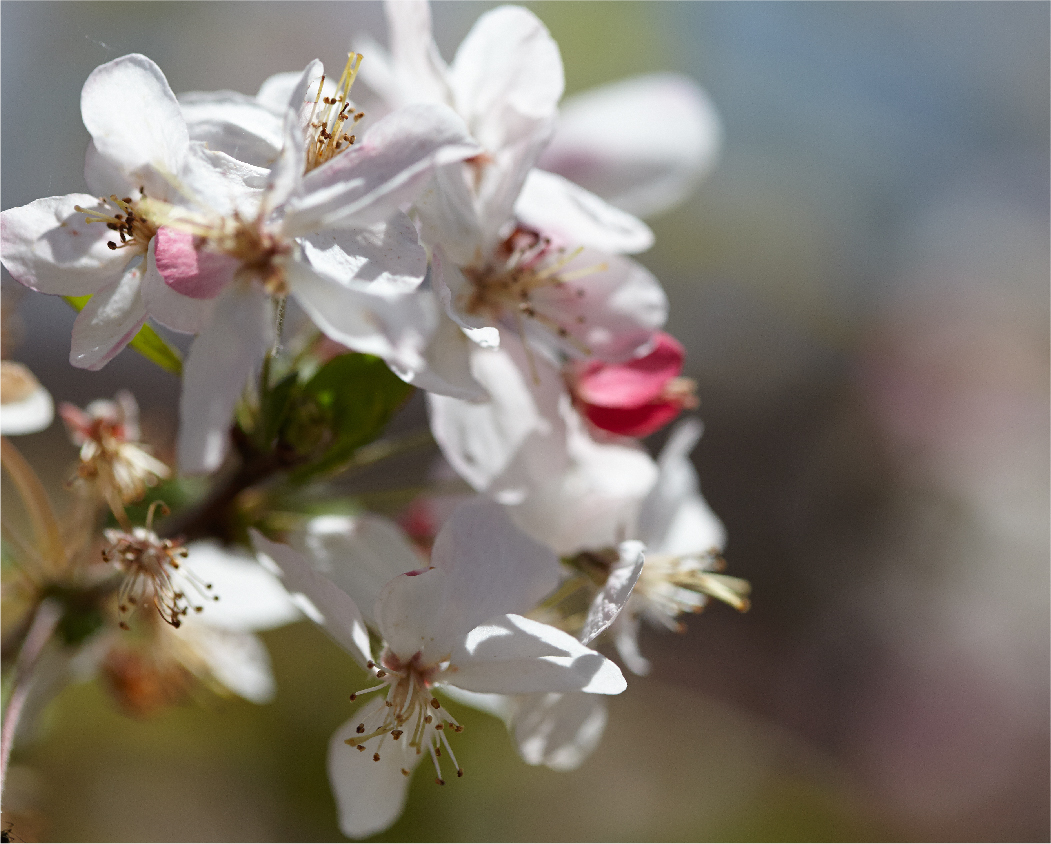 As a retirement community, all of us at Carmel Valley Manor are never content to meet standards; we’d rather set them. So in addition to meeting or exceeding the licensing standards imposed by the state of California, we are accredited by CARF-CCAC (Commission on Accreditation of Rehabilitation Facilities-Continuing Care Accreditation Commission), an independent, nonprofit organization focused on advancing the quality of services by providers committed to being among the best available. To remain leaders in the areas of advocacy and public policy, Carmel Valley Manor is a member of Leading Age, an association of 6,000 not-for-profit organizations dedicated to making America a better place to grow old. We are committed to providing equal treatment and access to services for all eligible persons regardless of race, color, religion, national origin, gender, marital status, sexual orientation or ancestry.

The leading advocate for quality nonprofit senior living and care in the state.

Quality First is a philosophy of quality and a framework for earning public trust in aging services. 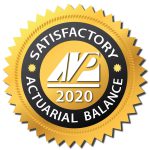 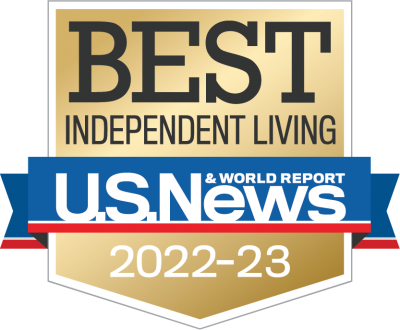 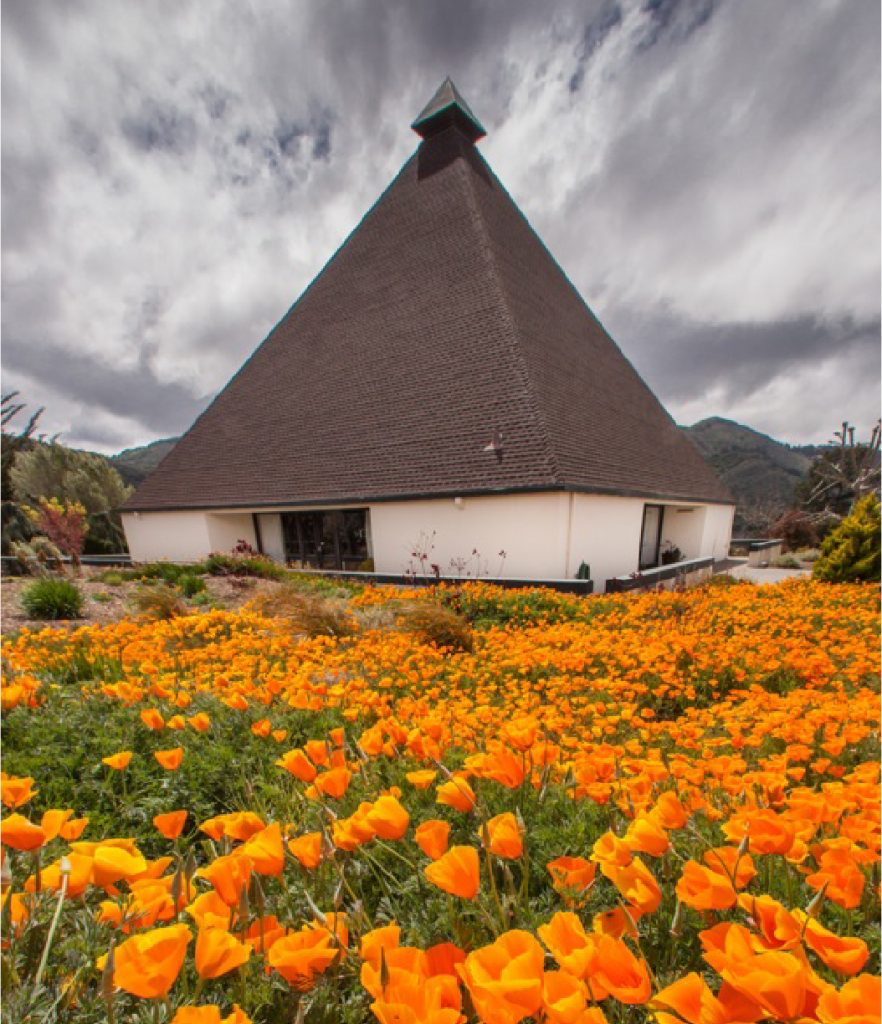 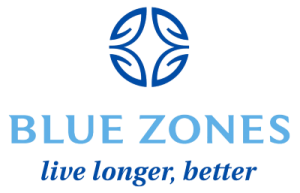